Whats it like doing the London to Brighton bike ride?

Spread the love
In a nutshell…..ITS AWESOME!! Sunday just gone, I did the London to Brighton bike ride, 55 miles, raising money for the British Heart Foundation. Up until about two months ago, I hadn’t been on a bike for about 10 years, but as they say, you never forget how to ride a bike!! 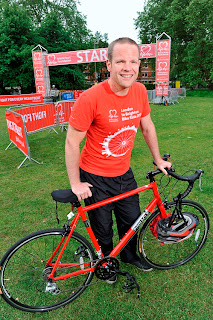 When I signed up the team, Robertos Riders, to do the ride, I didn’t even have a bike!! It was one of those things that we discussed doing, probably over a few beers, and the next day I just signed us up for it….to the shock of the others, who might’ve thought it was just ‘beer talk’.
The guys at Evans Cycles sorted me out with most amazing bike and gear to do the ride. It was a Pinnacle road bike, thin tyres, so less drag…apparently thats better for road cycling, rather than a mountain bike that has fatter tyres that cover more area. It also had a TON of gears, I think about 8 at the back and two up front, so 16 in total, which made hills dead easy and the dreaded Ditchling Beacon a sinch….sort of(more about that later)!
If you’re thinking of doing the London to Brighton, or any long distant bike ride, get a padded seat or padded shorts - life saver, or rather, bum saver! As mentioned in previous posts, I don’t know why they make bicycle seats so blooming hard, saddle sore is not pleasant!
Id also advise getting a good helmet, saw some nasty accidents on the route, along with a good pair of sunglasses that wrap around your eyes/face, that way grit/pollen/flies don’t get in your eyes whilst cycling - get them so they’re flush to your face, with no gaps around the edges.
I trained for the ride by doing laps of Regents Park and Richmond Park. Picked those two because Regents Park is close to me, its about 3 miles round the outside, a little bit is uphill and theres not masses of traffic. Richmond Park was a little further away, but its about 7 miles round the outside, beautiful scenery, and a mix of down hill, up hill and flats, so your legs get a good workout, plus, theres not much traffic there either - the traffic bit is important, as I discovered, lots of motorists don’t like cyclists and either don’t give you enough room, or just don’t look - a few hair raising moments! Having said that though, lots of cyclists don’t do themselves any favours on the roads, completely ignoring the highway code and generally being selfish! Having experienced both sides now, I’d like to think I’m more appreciative of both sides.
The training is the most time consuming part! I started by doing a little, 10 miles at a time, then built up to 40 mile bike rides. 40 miles took me just over 2 hours, I did that twice a week, as I said, its time consuming doing the training! I never got upto the full 55 miles, just didn’t have the time. Some people I know did 55 and more, so they were ready for it, but its personally choice. On the day of the ride, I didn’t suffer any problems due to my lack of training.
The ride day itself started EARLY!! We were up by 530, at Clapham Common by 630, few pics and interviews then we started at 7. You can’t start later, and they stagger the starts by half an hour, but we wanted to crack on and do it.
The first thing I noticed at Clapham was the amount of people - more than 28,000 cyclists did it this year, thats A LOT of people on the road! I took the pic below at a set of traffic lights not far from the start, as you can see CRAZY amount of cyclists, and if I’m honest, thats the only unpleasant thing about doing the ride. 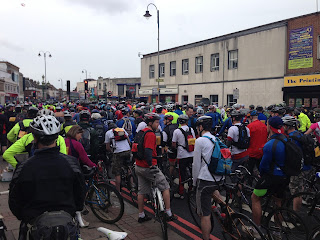 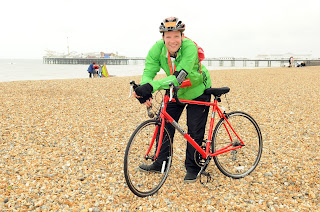 Hopefully I haven’t put you off ever doing it, it is an amazing experience, the atmosphere and people doing it(apart from a few speedy, inconsiderate clowns) are all top notch and help each other out, encouraging one another.
If you fancy getting involved, places go fast, find out more here. And if you’ve got any questions about the ride or anything, then drop me a line through the website.
Roberto

Mainly behind a microphone, sometimes in front of a camera but always staying fit.

Roberto spends his morning hosting a national breakfast show in the UK, his afternoons in the studio recording voice overs and his evenings djaying or hosting events!

You'll also find him in the gym! Having lost over ten stone, he is determined to never be fat again! Having qualified as a personal trainer he is passionate about helping others lose weight and stay fit.

Sunday morning walk - nobody around, just the bird

Morning 👋🏻 banging out the tunes to get the